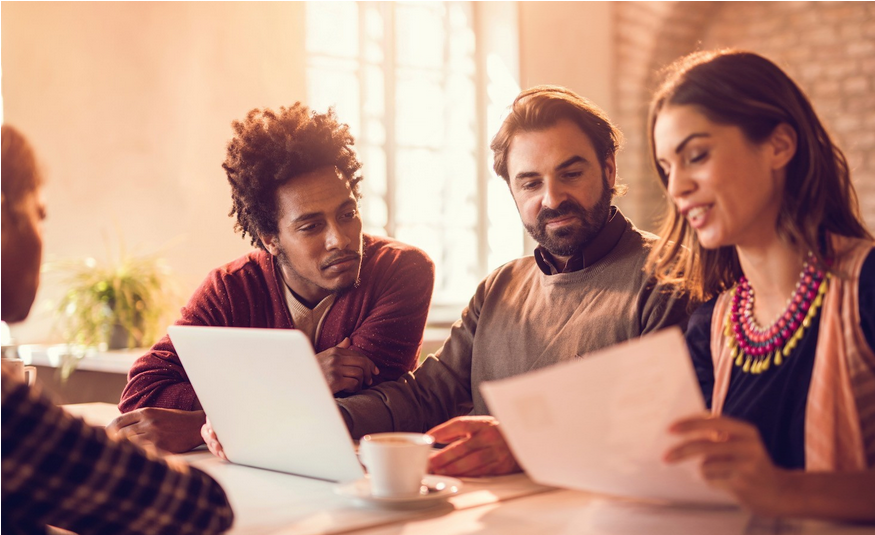 If you want to support your female colleagues, here are seven ways to challenge stereotypes, confront bias, and leverage your expertise and clout to benefit women in your network. You have a strong incentive to make sure that women succeed in your organization: men who work well with women and tap the full talents of their teams outperform their peers.

When a man is successful, his peers often like him more; when a woman is successful, both men and women often like her less. This trade-off between success and likeability creates a double bind for women. If a woman is competent, she does not seem nice enough, but if a woman seems really nice, she is considered less competent. This can have a big impact on a woman’s career. Ask yourself: Who are you more likely to support and promote, the man with high marks across the board or the woman who has equally high marks but is just not as well-liked?

This bias often surfaces in the way women are described, both in passing and in performance reviews. When a woman asserts herself—for example, by speaking in a direct style or promoting her ideas—she is often called “aggressive” and “ambitious.” When a man does the same, he is seen as “confident” and “strong.”

When you hear a woman called “bossy” or “shrill,” request a specific example of what the woman did and then ask, “Would you have the same reaction if a man did the same thing?”

In many cases, the answer will be no. Remember that you can also fall into these bias traps, so think carefully about your own response to female coworkers. Male performance is often overestimated compared to female performance, starting with mothers overestimating boys’ crawling ability and underestimating girls’. This bias is even more pronounced when review criteria are unclear, making individuals more likely to rely on gut feelings and personal inferences. Over time, even small deviations in performance evaluation have a significant impact on women’s careers. This difference in the perceived performance of men and women also helps explain why women are hired and promoted based on what they have already accomplished, while men are hired and promoted based on their potential.

Make sure everyone on your team is aware of the gender bias in evaluating performance.

Awareness begets fairness. Be specific about what constitutes excellent performance, and make sure goals are set in advance, understood, and measurable. The clearer your criteria are, the better. Be prepared to explain your evaluations—and expect the same of others. When people are accountable for their decisions, they are more motivated to think through them carefully. Women and men ascribe their success to different things.

Men typically attribute their success to innate qualities and skills, while women often attribute success to external factors such as “working hard,” “getting lucky,” or “help from others.” Women and men also differ when it comes to explaining their failures. When a man fails, he attributes it to situational factors like “didn’t practice enough” or “not interested in the subject.” When a woman fails, she is more likely to attribute it to lack of ability.

Moreover, women are often undervalued by others. When women and men work together on tasks, women are given less credit for successful outcomes and blamed more for failure.

Because women receive less credit—and give themselves less credit—their confidence often erodes. As a result, they are less likely to put themselves forward for promotions and stretch assignments.

Make sure women get the credit they deserve and look for opportunities to acknowledge their contributions.

When you introduce female coworkers, emphasize their accomplishments; this helps counteract any preconceived notions about their competence. Push back when women say that they’re “not ready” or “not qualified” for an opportunity—or when others say that about women—and encourage women to go for it! 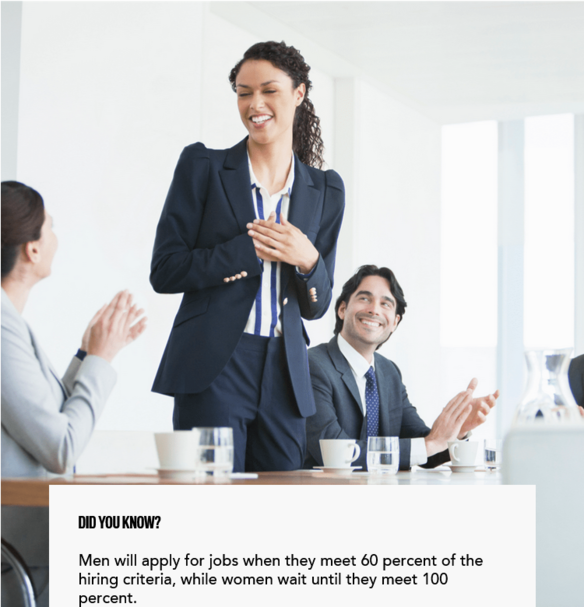 4. Get the Most Out of Meetings

Compared to women, men tend to talk more and make more suggestions in meetings, while women are interrupted more, given less credit for their ideas, and have less overall influence.

This starts in school, where girls get less airtime and are interrupted more, even by the most well-intentioned teachers. If you watch men and women at the same level, you will notice that more of the men sit in the front and center seats, while women tend to gravitate toward the end of the table and edge of the room—away from positions that convey status.

Without full participation in meetings, you cannot tap everyone’s skills and expertise, and this undermines team outcomes.

It’s important to make sure everyone speaks up and is heard.

Start by encouraging women to sit front and center at meetings. If a female colleague is interrupted, interject and say you’d like to hear her finish. Openly ask women to contribute to the conversation. Be aware of “stolen ideas” and look for opportunities to acknowledge the women who first proposed them. And remember, when you advocate for coworkers, they benefit—and you’re seen as a leader. These tasks steal valuable time away from core responsibilities and can keep a team member from participating fully; the person taking diligent notes in the meeting almost never makes the killer point. In keeping with deeply held gender stereotypes, people expect help from women but not from men, so when women do favors at work, they earn no points for doing so—but when they say no, they are penalized. Men, on the other hand, gain points for saying yes and face minimal consequences for saying no.

Moreover, many women—including two-thirds of executive women in Fortune 200 companies—are in support roles, but line roles with profit-and-loss responsibility more often lead to senior leadership positions. Together, these dynamics can have a serious impact on women’s career trajectories.

Pay attention to who volunteers for different types of work, and do your part to help distribute office housework equally.

Consider picking up some yourself; it often creates opportunities to collaborate with different coworkers and develop new skills. Don’t fall into the trap of expecting women to take on stereotypical support roles like “team mom” or note taker. Many studies show that the pushback—or “maternal wall”—women experience when they have kids is the strongest gender bias.

Motherhood triggers assumptions that a woman is less competent and less committed to her career. As a result, she is held to higher standards and presented with fewer opportunities.

This also impacts women who aren’t mothers—and men, too. Women often face pushback as soon as they’re engaged to be married, and fathers who leave work early or take time off for family pay a higher price than mothers. Studies show that fathers receive lower performance ratings and experience steeper reductions in future earnings after taking time away from work for family reasons.

Women also often “leave before they leave,” compromising their careers in anticipation of family responsibilities they do not yet have. They turn down projects, don’t apply for promotions, or choose more flexible paths to accommodate families they plan to have someday, closing doors to opportunities and limiting their options even before they become parents.

Don’t assume mothers won’t be willing to take on challenging assignments or travel.

Avoid telling moms “I don’t know how you do it,” which can signal that you think mothers should be at home. If you’re a parent, be vocal about the time you spend away from work with your children; this gives other parents in your organization permission to do the same. If it’s available to you, take paternity leave—and if it’s not, push your company for better policies. As more men and women bring their whole selves to work, the bias linked to motherhood—and fatherhood—will begin to break down. Women receive less of the high-quality mentorship that accelerates careers—and they’re less likely to have a sponsor who advocates and opens doors for them.

Women tend to get feedback on their personal style such as, “The way you speak can be off-putting.” Men tend to get skills-based feedback that helps them improve their performance. Women are often excluded from team activities and business travel so they have less opportunity to build valuable relationships. Women’s networks are predominantly female. Men’s networks are predominantly male and therefore more senior.

Find at least one woman (and ideally several) to mentor.

Give her thoughtful input on how she can advance and put her name forward for stretch assignments and promotions. Introduce her to the influential people in your network and help her get to know key decision-makers. These personal connections can propel careers. Make sure the women you work with get equal access. If you’re uncomfortable going to dinner with female colleagues, meet everyone for breakfast—and encourage other men to do the same. You need to be a member of Global Progressive Women Network to add comments!

This reply was deleted.